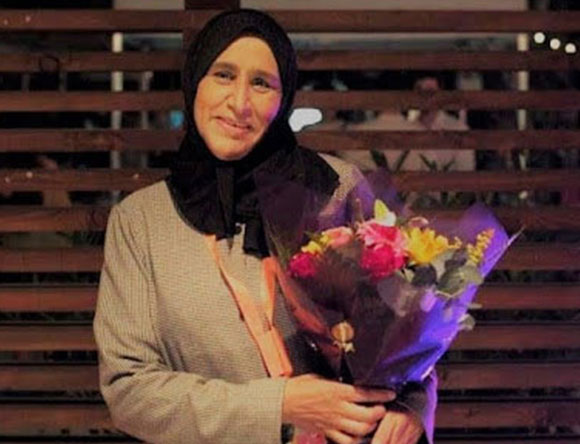 A child in Morocco, named as Khadija, was fond of seeing her mother teaching the other native women of Morocco the art of dress-making. While catching glimpses of these women as they sew and stitch, refine the hems, and craft dresses of exquisite beauty out of a plethora of colours of threads and fabric, she used to remain standing there mesmerized unless her mother would shoo her away. Her mother just wanted her to focus on her studies.

I believe you cannot deter a child if once they have found their passion; their keenness will lead them to the same spot repeatedly. So, Khadija would sneak into her mother’s workshop, steal the materials and then hide in places to continue with her newfound interest to practice dressmaking herself. As I said, no one could deter her. Slowly, she learnt and mastered the art of making Moroccan Kaftan. Her next goal was to make it to the “haute couture”, but before pursuing her dream she had to fulfill her mother’s wishes, which made her go into a different direction.

Khadija studied Programming Analysis and worked for a while in Casablanca. After some time, she shifted to Martil, but found that Martil lagged behind in Informatics as compared to Casablanca. After a lot of searching, she could not find the right job for herself. Right then, Khadija got reminded of her true passion, and there she decided to go back to what she loved doing as a child and had to abandon it. Society makes us conform to a given path, which in her case was getting a good qualification, and then tread on this path to pursue a career. But, not always do all end up with the same results as we are told. At this point, just like Khadija, we have to innovate. And this is what we call Khadija — an innovator!

Khadija started making dresses again and as the Moroccoan Kaftan was her speciality, she endeavoured on making something distinctive. Just like the culture, atmosphere and architecture of Morocco – which is a reflection of amalgamation of the various kingdoms in the history with diverse backgrounds: Spain, France, and Arab. Khadija worked on the fusion of traditional and modern styles in her Kaftans. People started loving her work and at the same time, her ideas and models were being replicated to take credits for her original work. After all the hard work and brainstorming, the original designer would be left with no acclamation, unfortunately.

These unique creations were catching everyone’s eyes, and Khadija, now, decided to reclaim her designs by launching her own very first fashion show. Her collection, back in 2015, became a huge success, which she was not expecting at all. Now, gaining more trust in her work and in herself, she launched another collection in 2016, but this time outside Morocco in Malaga, Spain. She had especially created new models to present the Moroccan Kaftan to Europe. These designs were exclusively meant for special occasions like weddings, etc. and introducing them outside Morocco in the want of appreciation was a challenging task. However, it went successful again. After one successful event and then another, her collection finally reached the Paris fashion show in 2018, and she finally got to reduce the gap between the traditional and the modern world through dresses.

These series of fashion shows, where she gets the opportunity to meet new people and fulfill their demands, encouraged her to work more and keep on getting more ideas. This way, she maintains the exclusivity in her Kaftan designs. To help her keep her spirits high, she is grateful for having these two people in her life, who work as her support system: her daughter, Ikram Ibba and her friend, Daniel Malti.

Khadija Aboulkaram, the moroccan fashion designer, believes that one can only be inspired by others’ work, but it still depends on us how we bring that inspiration to create something new. Copying someone’s ideas does not ensure that it’s your own brain-child. In her own words:

“We can learn from others, be inspired, but we need to create from within ourselves. That’s the only way to special creation.”

On identifying hurdles and overcoming them, she adds further:

“I want to tell everyone that everything is within reach! They only need to work on their minds, develop their skills, and focus on themselves, looking for the special things inside of them.”

All in the real spirit of an innovator, Khadija is an inspiration for all those who are dwelling on the many inconsistencies of their lives and are not daring to take the step ahead in their own heartfelt direction. If you are passionate about something, work on it! If you do not find a platform to introduce your art or skills to the world, then create one for it!